Torchwood, Doctor Who and Kelly Jones

Here comes the summer – well the clocks changed and there’s a hint of sunshine at least. Not as warm as yesterday…still we’re off to the Bay today to see Kelly Jones at the Coal Exchange.

But first…yes we need some food in the Bay. There’s too many restaurants to choose from and even less time to choose, so we decide that we’re going to make an effort to visit every restaurant in Cardiff Bay in the next year or so…..hey Sunday lunch, here we come!

We decide on a nice little Italian overlooking the bay. The menu looks amazing and it lived up to every expectation. Also deciding to try something new, well that was the plan to start with, but that calamari was far too tempting….the carpaccio was excellent, as was the bruschetta. Main courses included a fabulous pizza (parma ham and rocket) and penne pasta with chicken. Of course the menu is in Italianand is a lot more exotic than I am making it sound. You know it’s going to be good when all the staff speak Italian as their first language!

Oh and on the table behind us was a Cardiff blues player…..Xavier Rush

After tea we took a stroll round the Bay, on a bit of a Doctor Who and Torchwood quest, deciding we really should come back when we have more time to take in the culture (not only of Doctor Who) but the Welsh docks and now moderised Bay.

Then onto Kelly Jones at the Coal Exchange. Another very historic building in Butetown. After a 50 minute set from his new solo album, he returned to the stage to give an acoustic set of Stereophonics tracks from their first 2 albums – absolutely amazing. The coal exchange holds only a few hundred people so it was a fabulous gig, second only to James Dean Bradfield who we saw earlier in the year. Actually we’ll be seeing JDB again in May at the CIA in Cardiff with the Manic Street Preachers.

POSTED BY ATOMIC KNITTING AT 4:45 PM 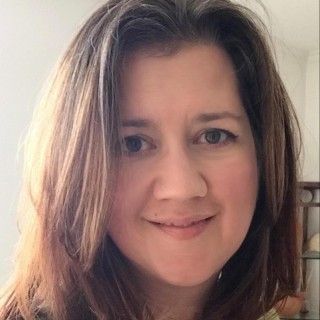